ШХД ЗИМА ITS WINTER is a Simulation and Casual game for PC published by ИЛЬЯМАЗО, GRüN STUDIO in 2019. Imbued with the atmosphere of loneliness!

An excellent game to sit in the evening and be sad. A good toy for people who have no friends, because even in this game there are no people. 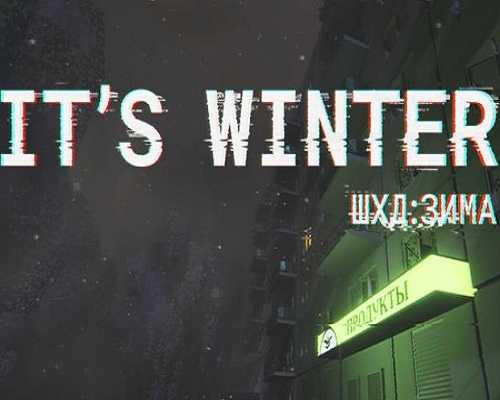 Panel houses, snow, overcast sky, tiny kitchen, shabby staircase… It’s Winter is an indie game which genre could be classified as sandbox, post-soviet, sad 3d, russian sadness. Nothing awaits you: there is no chance to get out, no room for adventures and breathtaking plot. Just a broken radio, refrigerator filled with food, loneliness and endless snow.

This game created by Ilya Mazo in collaboration with well-known underground game designer Alexander Ignatov (sad3d) is a part of the “ШХД: ЗИМА” multi-platform project which consists of the book, music album, short film and theatre play.

A very accurate representation of a typical Russian house, on a typical Russian street. It’s like we are back in my childhood… Indeed, this is like 90% of Russians live, and that’s considered a very good living conditions. Oh, the only thing lacking from the game are drunk people in ushanka hats walking aimlessly on the street, like zombies, singing drunken songs and screaming for no reason. Yes, this is a true Russian life.

Features of ШХД ЗИМА ITS WINTER: