川建国同志想要连任 Comrade Trumps Re-election is a Casual, Strategy and RPG game for PC published by 七彩绘色游戏 in 2020.

The content of this game is truly touching, has high literary value, is a product of history, and is indispensable for historical research. 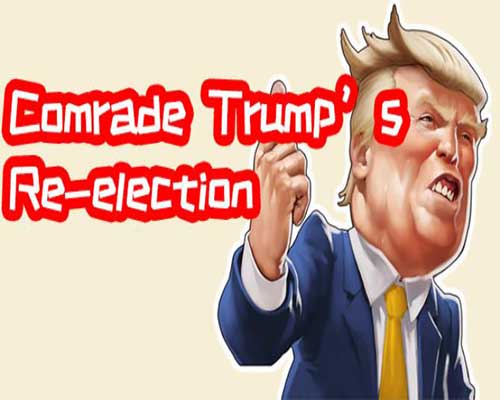 With a strange Chinese language in his mouth, he muttered: we have done it for three years and three years. When we reach the position of the boss, we almost forget how to say it in Mandarin. When will we be able to come to China, eat a bite of authentic egg fried rice, and taste the delicious Lanzhou ramen.

At this moment, the phone rang suddenly, raised his hand to connect, and a familiar voice came from the other end of the phone: Dongguaidongguai, this is Yellow River One, there is an inner ghost, stop the mission, your identity has been exposed, please hurry To the evacuation point! Please hurry to the evacuation point! Hi, Comrade Jianguo, did you hear that? Comrade Jianguo?!

Can’t go back, time is too late, the blond old man wanted to answer, but he couldn’t speak, and several M4A1s had been pressed against his back and chest at some point, and a hideous old woman walked slowly towards him. In front of Chuan Jianguo, he said triumphantly: Donald Trump, no, it’s Chuan Jianguo. From the day we lost to you in the general election, we knew that we did not lose to you alone, but an organization, a powerful State apparatus! Unexpectedly, their people could lurk to the position of the president!