300 Dwarves is a Time Management and Casual game for PC published by Viva Media Inc in 2013. Get ready to help out your empire!

There are groups of enemies including goblins and troll and orcs who are getting ready to attack to your empire. 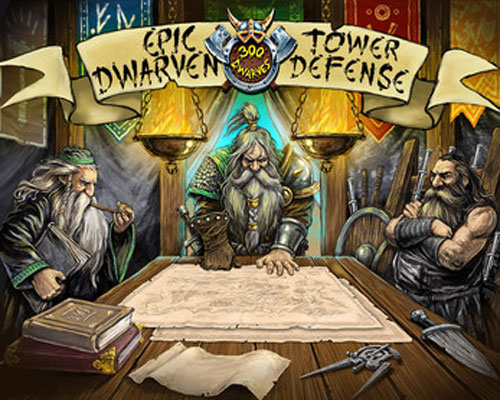 You shouldn’t let them enter the valley. They destroy anything on their way by their powers. Actually, This kingdom is for the dwarfs. You will also take the role of a brave dwarf who has lots of abilities in the fighting. As 300 Dwarves is a Tower Defense game, The enemies will attack by waves on the lines. The players have to use lots of weapons and troops to prevent them from entering the castle. It may be so hard to kill all of the invaders with your limited powers.

Each enemy character has a specified health point. When you make damages on them, Their health points get decreased. When their HP decreases to zero, They will be dead. You can gather resources to make your army stronger than before. It’s also possible to build towers to make more damages on the attackers. The kingdom of dwarfs needs you! Don’t waist the time and prepare yourself for levels of fun including amazing challenges.

There are thirty types of enemies at 300 Dwarves which you will face them. This game also includes twelve campaign maps plus two battle maps in total. If you earn enough scores at this Casual game, You can use thirty-two upgrades for all of your equipment such as towers.