99 Levels To Hell is an Action, Platformer and RPG game for PC published by Zaxis Games in 2014. Evil creatures all over the area!

These creatures have been destroying everything they face. You will have to do your best to survive for a few more days. 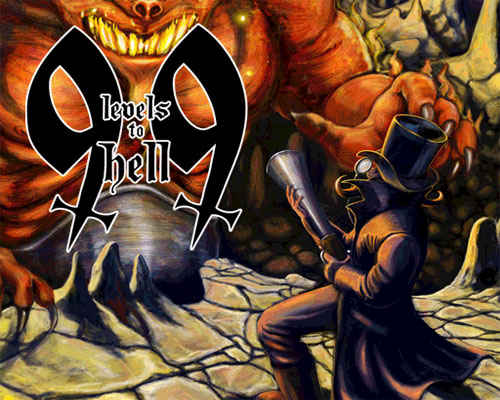 Because you will face more than hundreds of enemies in a level. If you want to reach the next level, All of them should be defeated by you. Your character will be so weak at first. He needs to get new abilities. His previous abilities should get improved too. Because you will face different types of enemies on the way. 99 Levels To Hell has boss fights too. When you complete ten levels in this game, The boss fight appears. As you know, This type of enemy is really powerful.

If you don’t make your character stronger than before, It won’t be possible to defeat the boss fights. There are some hidden areas in the game that includes new adventures for the players. So, You should search for the environment carefully to don’t miss extra adventures! You can use items like bombs to make damages on the satanic forces. Some of the enemies are strong enough to don’t get killed by one hit. That’s why you need to hit them more than more.

If you want to collect valuable items in 99 Levels To Hell, Hidden chests are ready for you. Try to find their places to get lots of new items. Although it’s a bit hard to find these chests, they can be really helpful in your next adventures.

Features of 99 Levels To Hell: