Agent Awesome is a Strategy game for PC published by KISS ltd in 2015. Support an agent to bring an end to his quests!

The missions of our hero start from where our guy goes to a party hosted by a company called E.V.I.L. 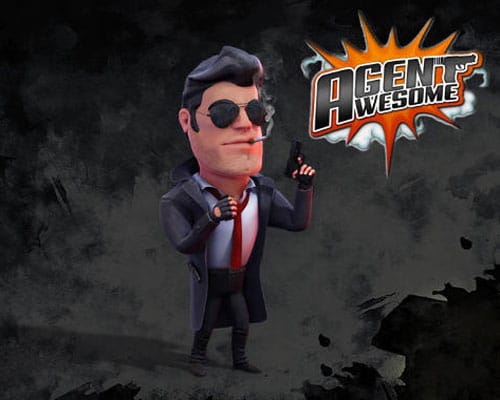 At first, It seems there is nothing to be worried about. But some of the workers of the company decide to exterminate this company. Now, It’s up to you to defend against the enemies. They have called reinforcement troops to attack powerfully. If you don’t kill all the attackers, they will be successful to destroy the company. Although you are just one against hundreds of enemies, There is still hope. You can do this by your great skills at shooting.

There are twelve floors in total for this building. There are also some levels inside a floor. When you purge a floor, The next one will be unlocked. The number of enemies increases by passing the levels. They also get better weapons to use at this building. You can purchase new items at the store too. When you kill some enemies, Some scores get added to your account. Then, New items would be available. So don’t lose your hope. Fight for victory!

The players can buy other items like explosives at the store too. This kind of item has high prices. They can also be used for a limited time. But they have a great amount of damage. When you want to kill many enemy troops at the same time, It’s the time to use them.