Arcade Mayhem Juanito is an Action, Casual, and Adventure game for PC published by Game Ever Studio in 2017. Fight chiefs!

Begin an arcade game where you are going to confront the most powerful enemies in the universe. 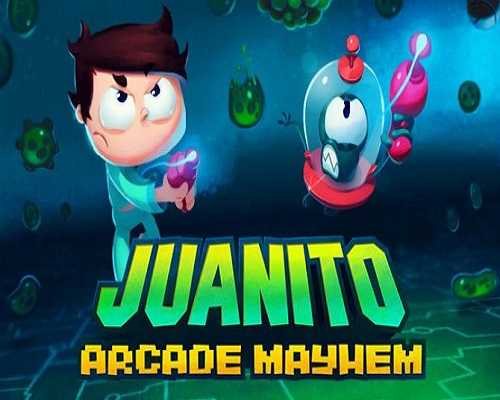 Juanito Arcade Mayhem is a very refreshing pang clone. The retro feeling in this game knows no limits because each game world has its own theme (e.g. Tetris, Arcanoid, Wonderboy in Monsterland, Pac-Man and Donkey Kong). You shoot your way through the countless levels with the little Juanito and your laser pistol (tip: if you press the shoot button longer, it emits a super laser) and collect a lot of different power-ups (different shots, shield, but also hearts that are yours Regenerate life energy again). As a further skill, Juanito has the dash, which you must use, especially in the later course of the game, to master the levels. Here you slide left or right to avoid falling enemies or objects. The opponents – just like the well-known Pang model – fall from the upper picture frame into the play area and bounce up and down. Your goal is to eliminate them with the help of your laser gun until no new intruders appear. In the 10th level of each game world, a boss opponent matching the game world is waiting for you. The level of difficulty is really easy at the beginning, but becomes difficult as the game progresses. I am e.g. Currently in level 6 and currently do not progress. Frustration resistance is a prerequisite here.