Ballpoint Universe is a Platformer and Action game for PC published by Arachnid Games in 2013. Take control of the character called Doodle!

Help your little fellow to battle against its paper enemies with your different ideas. 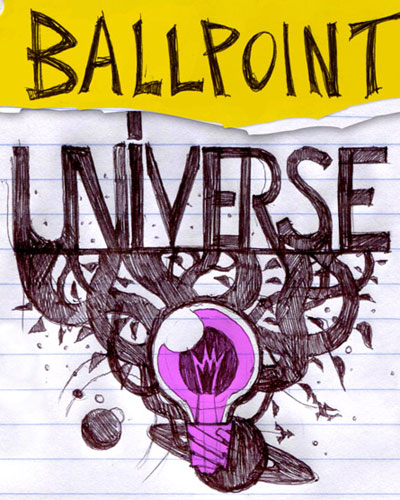 Doodles are kind of creatures on the paper that want to have peace on their planet. But the enemies are destroying the great ideas! It’s your duty to stop this kind of enemies on the paper. All of the characters and environments are designed by ballpoint! You may not believe this at first. Because it’s a different idea that you haven’t seen like it in another title before. Some of the enemies in Ballpoint Universe are really big. But the players can easily defeat them with simple ideas.

Some of the innocent creatures of your planet are kidnapped by the enemies. When you free any of them, You get extra scores. Actually, This is your main at Ballpoint Universe that you make the green creatures free from the dangers. The player can use a little spaceship to travel faster over the environments. This spaceship can be upgraded by many equipment on the store. Your abilities can also get improved by getting scores.

If you’re a fan of Indie games with 2D environments, This one is awesome. Because it has won a prize named “Indie Of The Year 2013’s Visuality Award” in 2013! The users of Steam Network have also rated it as a great game. So, It’s the time to use your ideas on the virtual paper.