Banzai Escape is an Action game for PC published by Xenoaisam Studio in 2016. A battle against the anime personalities!

A company that is about to be destroyed with the help of you. It is called Amino Corp and the government has asked you to help them destroy it. 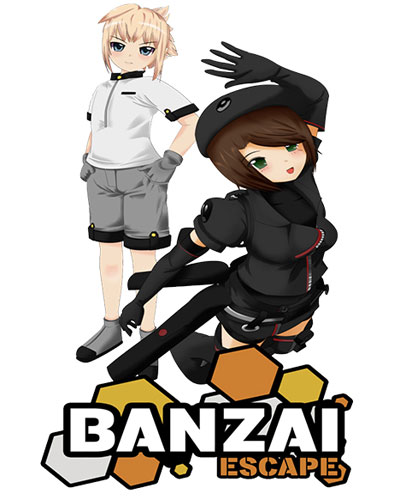 You’re a member of this group. When you enter the building of the company, You will see lots of dangerous things like traps. But you shouldn’t give up. There are lots of equipment such as modern weapons that you can use to defeat the enemies. Your character is a girl who has special skills in fighting fields. But she needs you to be much better against the enemy forces. You wont’ be alone in the battles. The other members of your group will help as well.

But the most important person that can specify the result of a battle, Is you! There are some missions at Banzai Escape too. When you complete any of them, You get extra coins. Players can get new items like bombs to use them in the battles. You have to discover enemy characters’ abilities before you meet them. This can be really helpful for you to be the winner. Sometimes, You need to retreat during a battle. In that case, Just another chance will be given for you.

It’s good to know that the gameplay is a fast-paced one. So, If you want to be the winner, You should act so fast. Banzai Escape is the first game of the developers that has been published on Steam. It may have some problems but it’s funny.