Blood Knights is an Action, RPG and Adventure game for PC published by Kalypso Media Digital in 2013. Vampires hunter!

As you have been chasing vampires to hunt them and regain your honor, you, yourself have turned into one of them. 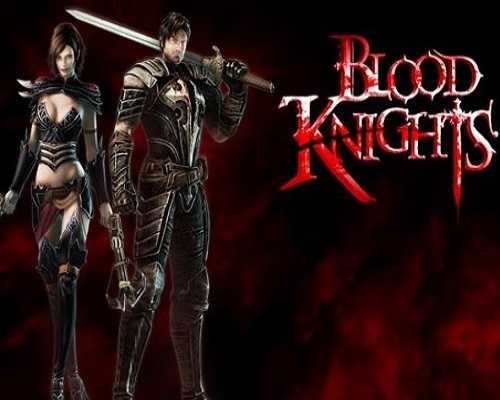 Combine your vampiric skills with the sharp edge of your blade in this medieval vampire hack’n’slay. Battle through hordes of monsters to restore your honour after you, a legendary and feared vampire hunter, have been turned into a vampire yourself!

Deck13 (Venetica, Jack Keane) brings you an action-packed RPG, where you can play solo or co-op: Switch between the close-combat warrior and the crossbow-wielding vampiress at any time while in singleplayer; or play co-op with a friend, joining your forces to defeat the onslaught of the evil hordes. Strike down your enemies using devastating close-combat and ranged attacks or whirl your enemies around and suck their blood using your vampiric abilities.

It is local co-op focused, with one player playing a melee DPS and one playing a ranged DPS. Plays fine without a player 2; you switch between the classes with a button. It is essentially an Action-Adventure/ARPG hybrid. It’s more ARPG than not, but unlike the average ARPG, you don’t move with the mouse, there’s no large world space and no procedural generation, the loot is somewhat limited, the skill tree is pretty shallow, and character attribute building is barely a thing.