Braveland Wizard is a Casual, Strategy and RPG game for PC published by Tortuga Team in 2014. A place which holds strong people!

Living alongside a mountain, you people have peace in their life, but enemies will put an end to this peace and you must stop them. 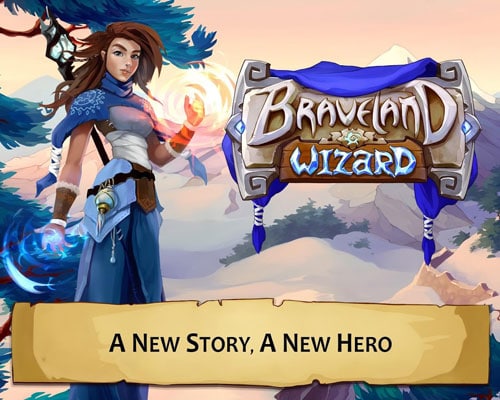 Now, You will play as a young and brave girl to stop the attacks. This girl isn’t alone against them. She gets help from the other warriors who were living at this town. The warriors that help you fight, Don’t have great skills in fighting. That’s why they need you to lead them in the battles. The main character can use some special abilities that others can’t. Using spells is one of the most important things in Braveland Wizard. Remember that they can be used only for limited times.

There is a simple tutorial part for the beginners who try Braveland Wizard for the first time. If you want to know everything about the story and also your hero’s abilities, This part should be completed. It can also be skipped by the players who don’t like to try it. You will meet many friends like Monk, Ice Archer and Elementalist. There is a talent tree at this game. The players can see and upgrade the skills at this part. Experience points can be used at Talent Tree.

This version of Braveland has got good reviews on Steam and also Google Play. Steam users have rated it 9/10 which means it’s a great title in RPG genre. It has better graphics than the first version too.