Burn Zombie Burn is an Action game for PC published by P2 Games in 2010. The only one who should stand against the growth of zombies!

As a tough guy who is brave to stand against the outstanding growth of zombies’ quantity. All the people on the planet are turning into zombies. 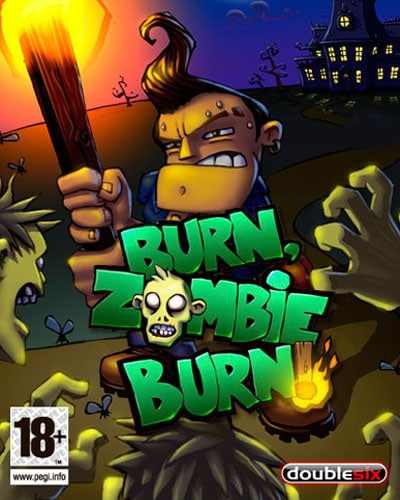 There will be a large amount of them in all of the places that you meet. The player needs to use special weapons to kill them all. Each level includes thousands of these creatures inside. If you want to survive, Killing the targets is your only chance. Staying alive among the zombies is really hard. But there is still a chance to be the hero on Earth. Burn Zombie Burn gives you a great chance to fight these creatures with your skills. Remember that skills aren’t enough to be successful.

Weapons are the most important thing at this action game. The damage that a weapon deals will specify the victory. So, You should always try to get the best of them. Most of them are available at the store for purchase. There are some special kinds of guns which can be found in the hidden areas. They are hidden items which can be really helpful for the players. There are other items like bombs to defend against the zombies too. The player can also buy them from the store.

Burn Zombie Burn includes four types of game modes. Freeplay, Defense, Challenges and Timed are the names. Each game mode will entertain you more than some hours. You can submit your high scores in the leaderboard with by accessing to the internet.