Burning Cars is a Racing and Action game for PC published by Polynetix Studio in 2014. A battle among the special car dirvers with their vehicles!

Driving cars with special weapons which they carry with themselves, you are going to battle your foes while racing. 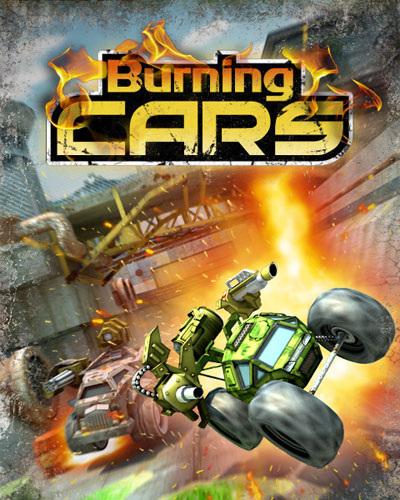 In this kind of races, Nothing is important for the players just getting to the finishing line. You should do whatever you can to be the winner. The other races will use many equipment like weapons to defeat their opponents. The player needs to choose a special car at first to start the game. Then, There is a little tutorial part to learn the primary controls. When you were ready for the races, You can enter them. There are many types of competitions in Burning Cars.

This game includes five weapon types in total. Each weapon can be used by the racers. But you need to purchase them before using it. The first model has cheap price. It means that most of the players can buy it without any problem. But the higher models need to be paid as well. These weapons can be upgraded to higher levels too. When you got enough money in Burning Cars, It’s the time to change your car. There are other models in the garage. You can get them by paying some money from the dealers.

Burning Car has also sixteen detailed maps. Remember that there are some special items named power-ups on your way. They can be collected for free in the competitions. Each power-up gives different powers for the player who has collected that one.