BUTCHER is a Platformer and Action game for PC published by Transhuman Design in 2016. Do you have the guts for butchering the enemies?

You are going to become a real killer who kills whatever moves in the environment with the weapons you’ve got. 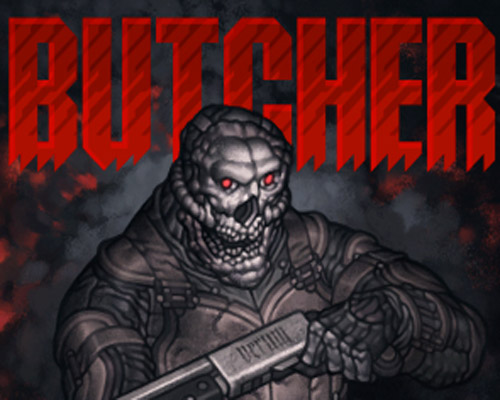 It won’t take to much time to learn the controls to explore the main levels. There are lots of ways to kill the enemies in this action platformer game. So, They will never have the same deaths. They know lots of ways to attack you too! If you don’t learn how to defend yourself, You will die soon. BUTCHER has skill-based gameplay that you will know more about while you’re experiencing it. That’s why you need to try hard for lots of hours to be a skilled player.

There are some items such as hooks and saws that you can use them to hit the enemies in the environments. When you got enough scores by killing the enemies in BUTCHER, You can get new weapons on the store. These weapons can make your killing machine much easier. This action game includes twenty levels with thousands of enemies inside. After you complete a level successfully, That level’s boss fight will come to take revenge!

There are original soundtracks with the dark atmosphere to make the game much enjoyable. It’s good to know that BUTCHER has been a finalist for two awards in 2014 and 2016. It shows that we’re facing a great title in action platformer genre.