Carnivores Dinosaur Hunter Reborn is a Simulation and Open World game for PC published by Digital Dreams Entertainment LLC in 2015.

This is the story of dinosaurs in the 21st century. As a Carnivores Dinosaur Hunter has been released, you will find out their kind has not been extincted. 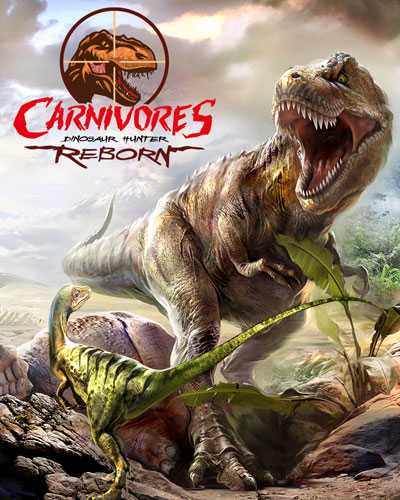 You have to hunt them again. Players should obtain hunting equipment at first. There will be enough money at your account for primary equipment. When you got them, Target a dinosaur. Discover the location of that target. Of course you need to use GPS for finding the targets. You are free to choose them at this game’s world. Because the genre is Open World. It means that you don’t have to hunt specified targets. If you were able to find it, Get closer.

Players shouldn’t attack at first. Because the target may run easily. Get ready for the best time. Aim your gun and shoot it. Be careful. Because if you couldn’t kill it within some seconds, He will attack then. It’s almost impossible to escape after being unsuccessful. So it’s better to aim carefully. Each dinosaur lives in special area. Most of them live in groups. You shouldn’t attack to the one who lives with other dinosaurs. If you wan’t to earn good money, Choose the easiest one.

The environments are really beautiful. They are also with lots of details. The design of each character is great too. Developers of Carnivores Dinosaur Hunter Reborn have used historical information to design them. The average score of this game is 9/10 on Steam.