Cities in Motion 2 is a Strategy and Simulation game for PC published by Paradox Interactive in 2013. Handle a city’s transportation!

As a specialist in a city, you are going to manage all the transmissions in that city with all its details to run it without any problems. 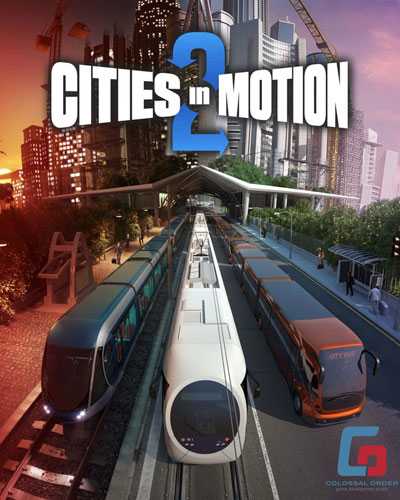 You should create lots of new transit roads such as rails in the city. When you start your work at Cities in Motion 2, There are only a few roads. As you’re in a modern city, The roads should be built based on the newest technology. You may not have all of the technologies to do this. You can pay the other engineers to share their information with you. The player has to purchase transportation vehicles like metro to use them on the built roads at Cities in Motion 2.

Your citizens need to get to their destination so fast. Your built roads should be short enough to make it. There are lots of natural environments which should be removed on the city. Because your city is going to be much modern than before. Your population is getting increased too. So, You need more spaces in the city. There is a mini-map on the screen which can be helpful so much at Cities in Motion 2. You can analyze the environments by this mini-map as well.

If you don’t do your job greatly, The roads will make you problems like serious accidents. If any accident happens, You’re the cause of that. You also have to pay for it. If you like to get the control of whole transportation system of a modern city, It’s the time.

Features of Cities in Motion 2: