Colony Survival is an Action, Strategy and Open World game for PC published by Pipliz in 2017. Lead your people the best way you can!

Get the power and rule your people as they can not live without you. Lead them through hard times. 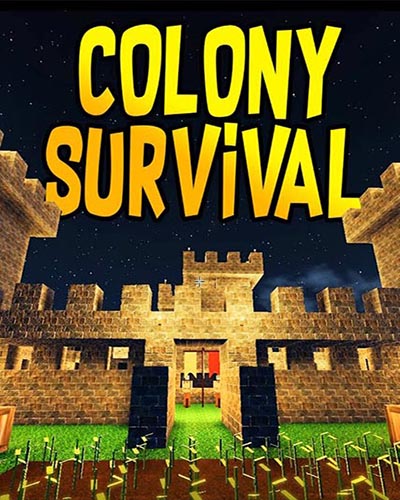 Explore a world with realistically placed biomes in this strategy game. A giant jungle in the center of the world, surrounded by savannas, deserts and temperate biomes. Two polar regions in the far north and south. Build your own village, castle or city and populate it with colonists! Let guards, farmers, miners, foresters, bakers, smelters and artisans work for you. After the sun has set, most colonists will go to bed, but the enemy awakens. A horde of monsters will assault your colony and try to slaughter you and your villagers. Defend your colony with walls, moats and guards!