Commando Jack is a Strategy and Action game for PC published by KISS ltd in 2014. The enemy forces are attacking your lands!

Select one of the towers and make your stand on it, so you will not be letting the enemies pass through. 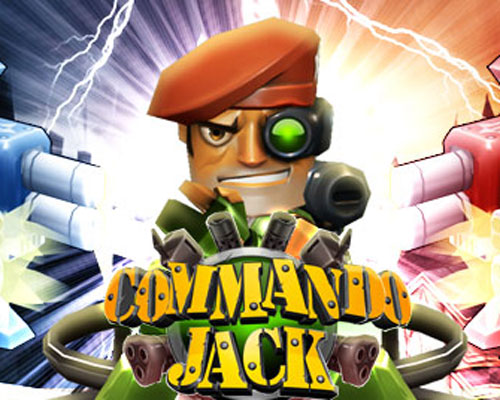 This character has special powers in fighting with weapons. If you give him a great weapon, He would be unstoppable! At the first level of Commando Jack, You will learn how to play. It’s so simple. The player just needs to push the simple buttons like right lick to shoot at the soldiers. The character which is under your control, Can be upgraded. That’s why you should try to get skill points with him. His level increases by killing the opponents. This will cause to get high scores too.

There are twenty one modern weapons in the store. All of them can be purchased by the earned money. It’s up to you to get them in the primary levels or in the finishing levels of the game. The players have to try hard for defense. Because the number of the attackers may be really high at the same time. Some of the weapons may not be helpful at this kind of levels. Forty six levels are included in Commando Jack. You can also try side missions at these levels.

Each player has three great powers in the game. These powers are limited. They have also a large amount of damage on the enemies. Two mega bosses have been designed for Commando Jack too. If you want to defeat the mega bosses, You have to collect great items.