Cricket Captain 2015 is a Simulation and Sports game for PC published by KISS Ltd in 2015. Cricket tournament in England! 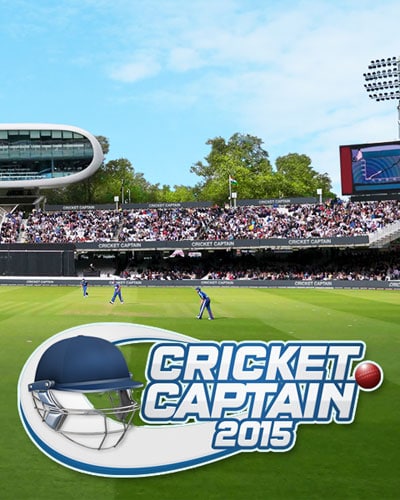 If you don’t know anything about Cricket, Don’t worry. Because there is a tutorial part for the amateur players. The details of this Cricket game can be seen easily at this part. When you read them carefully, It’s the time to create the team. You will have limited money at first. So, It’s impossible to get the famous players from all around the world. That’s why you have to start with young players. Their salaries aren’t so much to pay. You can also make them professional ones.

They can be moved to the other teams by getting money. A great manager is a person who can change the normal players to famous ones. If the player wants to get a Cricket Player in Cricket Captain 2015, There should be enough money for that. Winning the matches can be a good way of earning money. Transferring the members at the right time can be a good way too. You should use good tactics for the team. Otherwise, they will lose games.

By winning the tournaments, Your team will turn into an honourable team in the world. Your main goal is to win the tournaments one by one. The playgrounds have been designed well in Cricket Captain 2015. You shouldn’t expect high graphics from the developers. Because this is a management game.