Dead Horde is a Survival Horror and Action game for PC published by DnS Development in 2011.  Get ready to face tonnes of zombies!

Most of the humans have been turned into zombies in the city. The survivors like you, Try to remove all of the zombies from the city to save humanity. 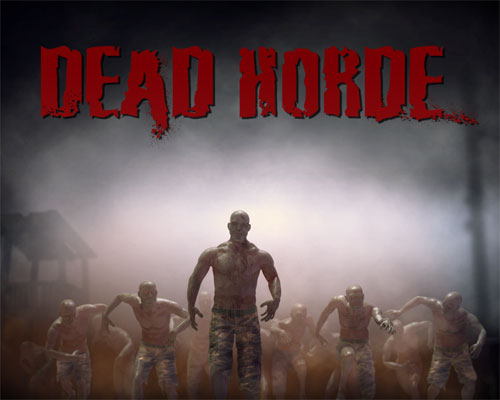 As you know, When a human gets bitten by a zombie, He/She turns into one of them. So, You shouldn’t get closer to them so much, Otherwise, The last hope will be gone. You will have only a normal weapon on your hand to face the zombies. But if you try hard in killing them, You will get rewarded. In that case, It would be possible to purchase new weapons from the store. The more zombies you kill, The powerful creatures they become.

You may finish the primary levels in Dead Horde easily. Because the number of zombies won’t be so much. But these levels are designed as tutorial for the beginner players like you. When you get to the higher levels at this Survival Horror game, It will be really hard to remove all of the injected people. There are both Singleplayer and Multiplayer modes in Dead Horde. If you get connected to the servers by Steam, You can join the real players in Co-op mode.

You have to know the weapons’ usage as well to be a great zombie hunter. For example, Shotgun should be used to shoot in the nearer distances. But Assault Rifles can be used in the farther distances at this action game!