Defend Your Life is an Action, Strategy and Casual game for PC published by Alda Games in 2015. This little thing all over the human body!

You have to stop these forces of disease from attacking the human body. Stop them and do your best not to get infected. 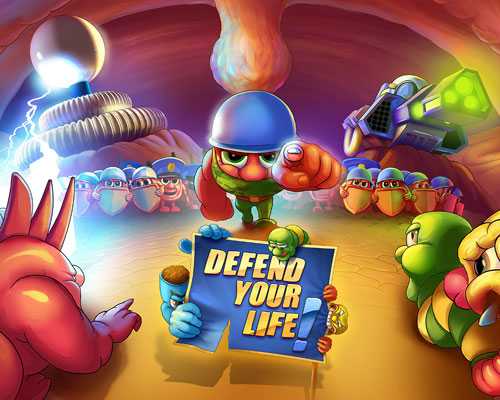 At first, These defenders are really weak. Also the attackers don’t have so much powers. So try to learn the game at these primary levels. Safety system of the body has become permeable. A great opportunity has been made for the viruses. If you won’t be able to stop them, They will make disasters in the body. Create defending turrets with your troops. These turrets should be built on the ways. The viruses moves on specified ways. You can easily distinguish their thoughts.

Players have to defeat the enemies on the ways before they get to their destination. Most of the body’s globules are ready to help you. But you have limit at using them. Try to use the best ones at the battles. Also your turrets should be upgraded by coins. If you don’t increase their level, They won’t be able to make nice damages. There are 17 levels with exciting environments. There are also 20 kind of enemy characters at this game. You should recognize their abilities to be successful.

Although Defend Your Life doesn’t have graphical environments, The gameplay is amazing. You have to be so fast to reach your goals. This gameplay has caused this game to get 9/10 score at the Steam. Also there are great soundtracks at this tower defense game.

Features of Defend Your Life: