Dungeon League is an RPG and Action game for PC published by Achebit in 2018. Kill the monsters to earn experience for the harder ones waiting ahead!

This is a game where your hero will gain experience due to the monsters you have slain. As you proceed you will face harder enemies. 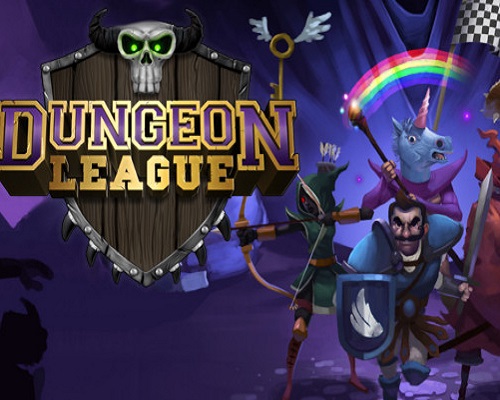 The Dungeon Master has grown bored waiting to kill the next hero foolish enough to enter his dungeon. The answer? Invite all the heroes in the land and make a show of it! Dungeon League takes everything that is awesome about dungeon crawling and spews it out like ten minutes of chaotic, multiplayer, party-game action. Up to four All-Stars take to the randomized dungeon to battle each other and hordes of enemies in a series of fast and competitive events.

Pit hero against hero in either the two vs two Tournament or the ever chaotic Battle free for all. The ultimate winner will be the first to claim three round victories. Rounds last just two minutes so players will need to quick in order to dominate the current objective, annihilate the enemy team, loot every chest, and slay every monster.

The Dungeon Master’s league has lured a powerful and bizarre cast of heroes to duke it out for supremacy. Luna, the shadow archer, moves unseen through the dungeon while slowing her enemies to a crawl with her frost arrows. Drake, the unhinged pyromancer, incinerates everything in his path with his deadly phoenix and can call down a meteor golem to do his bidding. Albert, the dreamy unicorn prince, prances through the dungeon evading enemies with his fairy blast, and bringing monsters under his control with his illustrious charm.