Earn to Die 2 is a Racing and Action game for PC published by Not Doppler in 2016. Beat every single zombie you face with on your way!

You must survive from the zombie apocalypses where everybody on your planet have turned into zombies. 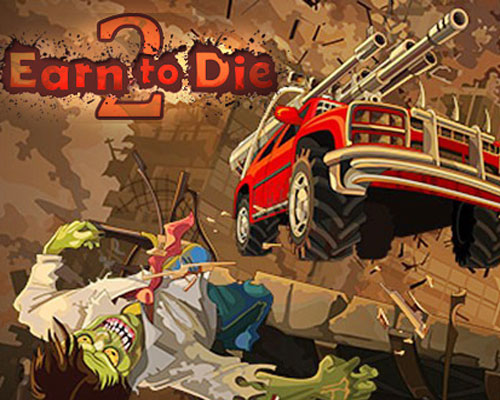 Earn to Die 2 is a 2D side-scrolling driving and upgrade game where you steer vehicles through a zombie apocalypse, literally smashing through zombie hordes along the way. As you progress through the game you will unlock new vehicles, upgrading them into the ultimate zombie-smashing machines!

The latest incarnation of the popular web game series; Earn to Die 2 offers hours more gameplay with new vehicles, levels, and an unlockable Missions Mode. This isn’t just a port of the web versions – Earn to Die 2 has been re-built and re-engineered from the ground up with significantly more content, full-HD gameplay and is playable at 60fps.

As some of you know, Earn to Die 2 was a web game. Now, It’s been published on Steam officially for Windows OS. It’s possible to install it on your windows instead of playing it on a web browser!

Features of Earn to Die 2: