Echo Prime is an RPG and Action game for PC published by Robot Entertainment in 2014. The aliens are attacking the earth!

The aliens have all came together to power up and use their energy to eliminate the earth from the whole universe. 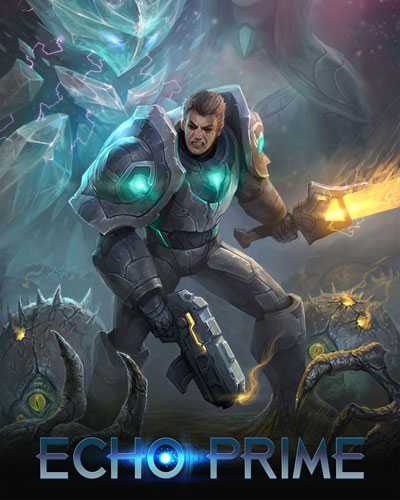 Wear your steel armor and prepare your modern guns. A hard battle is about to begin. Aliens in number are much more than you. But don’t lose your hope and plan to destroy all of them. Success is in touch, So try to get it and defeat enemies so hard. Each of areas has a captured echo from a human. If you will be able to free that, Your power will get higher. It means that this echo comes to help you in the next wars. All of the echoes can be freed with finishing all of the missions.

Players can skip some of missions. But if anyone wants to get the maximum skills, don’t do it. Destructing enemy bases gives you money and scores. So you can go to the shop and buy some items. Also your previous weapons or armor can be upgraded by giving money. Every gun has a property at shooting the enemy troops. For example, On of them shoots nearby troops and it is low range. Enter the story named campaign mode for strarting Echo Prime battles.

The gameplay would be different for everyone. Because troops generate randomly at every map! There are various environments in Echo Prime. All of them are impressive and full detailed. This game includes great soundtracks which can be played inside the fights. These soundtracks give more excitement whenever you are experiencing this title.