Fieldrunners is a Casual and Strategy game for PC published by Subatomic Studios LLC in 2012. Defend your base!

Soon the enemies will be trying to attack your base with their forces and your duty is to stand against them and protect your lands. 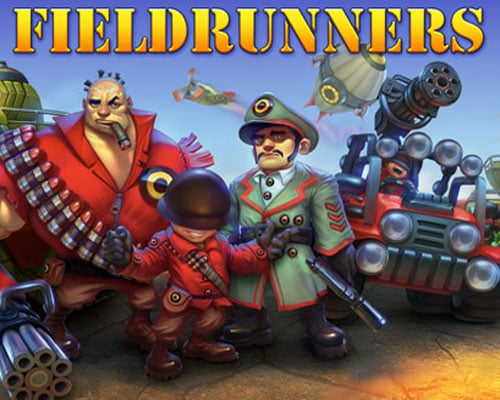 The attackers may ride into your base with their cars or motorcycles. Some of them are really fast. If you want to stop them without any problem, You have to analyze the towers at first. Some towers have great damages but they take so long to shoot at the invaders. The other towers may not be so powerful but they can shoot at the enemies within some seconds. All of the towers can be upgraded to the highers levels in Fieldrunners. The players just need to spend some money!

You should notice that the number of the invaders will get increased by passing the levels. Although your towers will get stronger, The enemies will attack in more waves than before. It’s also possible to train some soldiers in Fieldrunners for defense. These soldiers give their life for your victory. That’s why you should use them when you really need them in the battles. The players can use lots of defense plans to have successful defending missions.

If you like to defeat lots of enemies who want to destroy your base, Filderunners will give you this great experience. It has also got released on android and iOS. All of the versions of this tower-defense game have been sold nicely on the stores.