Fortix 2 is a Casual, Puzzle and Arcade game for PC published by Nemesys Games in 2011. A knight facing different enemies!

You are going to face different enemies who are being controlled by a boss called Xitrof Mage and you will be facing him at the end. 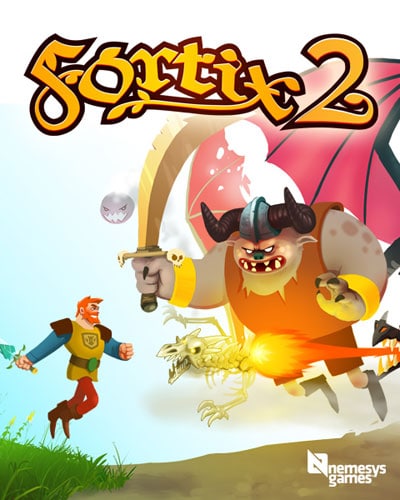 Your castle has been destroyed by him. He has also got the control of this damaged castle. The people need you! The player has to get a sword on hand to fight all of the castle’s guards. When you finish a level by defeating all of the guards, You will face a boss fight. This type of enemies are really strong. The player can defeat the boss fights who has got many skills in fighting. If you like to be a real hero for your people, It’s necessary to fight all of the boss fights.

There will be a map for the players which shows the castles. When you defeat the enemies of each castle, It would be shown by a specified color on this map. The other castles will have another color. So, You will be the winner of Fortix 2 when you get all of the castles of map. Some specials items are hidden in the areas. If you could get any of those items, You will get great abilities. The players can also improve the knight’s powers by getting experience points.

You can travel over the map by using a boat. This boat can be also upgraded by coins. When you upgrade this boat, It will have much better speed than before. Remember that there are many types of enemies on your way. So, You have to get great skills to face all of them.