Foundation is a Strategy and Simulation game for PC published by Polymorph Games in 2018. Step into the medieval age!

Most civilized foundations of the medieval age were building villages and ruling them using your powers and skills. 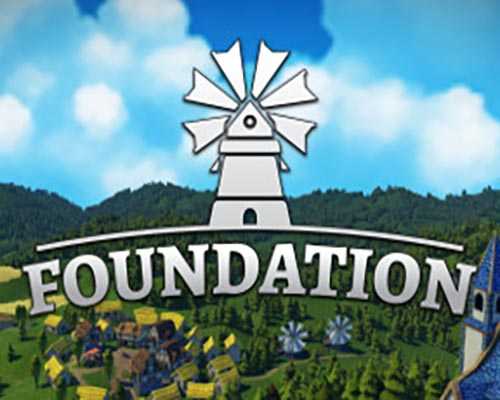 Foundation is a grid-less, sprawling medieval city building simulation with a heavy focus on organic development and monument creation. In this strategy city-builder economy simulation game, players must create a prosperous settlement as the newly appointed lord of a region untouched by man. Setting to redefine the city-builder genre, Foundation puts the emphasis on the organic aspects of urbanism in the cities of old, powered by Polymorph Games’ proprietary game engine, Hurricane, which allows for full mod support and is optimized for the thousands of moving parts that come with building humongous cities.

Among other things, the engine provides the player with robust building tools to create countless unique monuments that can then integrated into your settlement. With medieval architecture and urbanism at the forefront of its design, Foundation’s vision is to allow players to recreate cities of that period as they envision them or even as they really were. Grow your untapped land into a great sprawling kingdom as you appease the political factions of your area, all while listening to a beautiful original soundtrack by the veteran composers who’ve created music for Paradox Interactive’s Crusader Kings II, Europa Universalis IV, and The Guild 2-3 games!

It’s good to know that Foundation is inspired by the game like Simcity, Crusader Kings, and Europa Universalis. If you like to have a great city, Don’t miss the time.