Gatling Gears is an Adventure and Action game for PC published by Vanguard Games in 2011. Get into the battlefield with your robots!

Your world is getting destroyed by the enemy attackers with giant robots. Your mission is to save the world with the robot you have created. 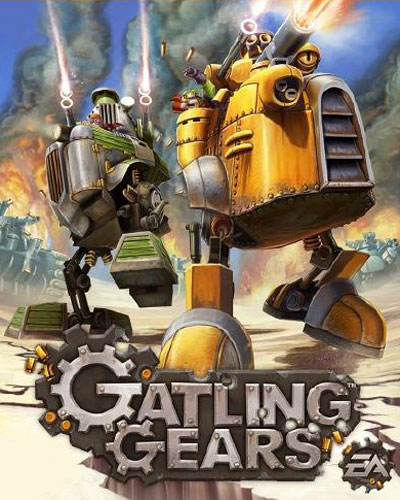 You have to rescue everyone with your niece! Both of you can be a great team to win all of the battles. The players have to learn the primary skills of fighting at the first level of Gatling Gears. The robots you control has lots of options too make damages on the enemy targets. If you learn these abilities, It won’t be enough. Because your abilities need to be improved too. In that case, You can defeat any robot on your way that has put the world in danger.

When you finish some levels in the same environment, You will face that environment’s boss battle. There are different types of boss fights in Gatling Gears but all of them are strong enough to kill you within some seconds! So, You should be aware of their powers and also health points. Co-operating with your teammate is really important. You can’t finish the levels without your niece’s help. That’s why you have to upgrade the second robot in your team too.

There are hundreds of enemies in the environment. It’s possible to see the enemy characters’ details before you face them. There are also lots of items on the store that can be purchased to make your robots much powerful than they were!