GemCraft Chasing Shadows is an Action, Strategy, and Adventure game for PC published by Armor Games Studios in 2015.

On the one hand, as many say, this is the best TD. Well, at least one of the best. 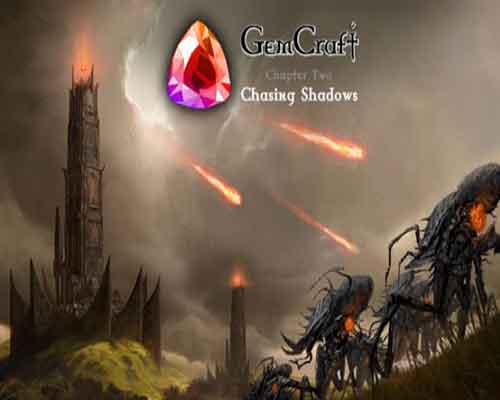 The feature of this work is probably the “craft” element in the title. It’s a system that you can’t see in other tower defenses. It greatly expands the system in which players can be involved. As the word “craft” literally means, gems that attack enemies are created by the player. First select one from all 9 color gems, then decide the gem level and create. If you place this gem on the map, you can attack with special abilities according to the color. It becomes a so-called “tower” that automatically goes to the enemy.

This game starts from here. Multiple gems can be combined, The gem obtained by synthesis inherits the characteristics of the gem before synthesis. This allows you to “attack multiple enemies” and has a “poison effect”. In addition, it has multiple abilities such as having a “critical probability” You can create special gems. Of particular note is the variation of gems.

There are many other systems that players should be involved in, First, there are active skills and passive skills. Especially for passive skills, by allocating skill points It can be strengthened step by step, and there is no upper limit for skill level. This makes it possible to strongly support the player’s favorite tactics.