GoNNER is an Adventure and Platformer game for PC published by Raw Fury in 2016. Prepare to die many times to finish your adventure!

This game is about two main characters; Ikk and a space whale named Sally. Death shouldn’t cause you to stop completing your quests during the game! 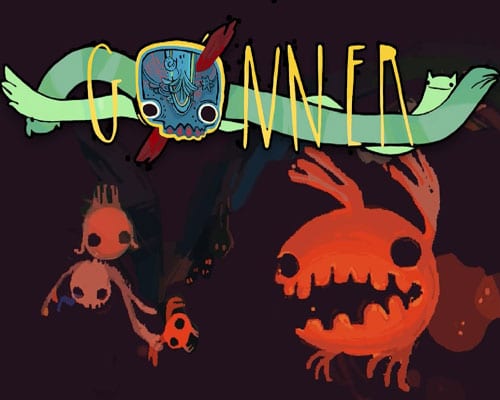 So, Death won’t be an end for your characters. There are many kinds of abilities that you can learn to play much better. Remember that you won’t have access to all of them at first. You have to try until the end of GoNNER to get new abilities and skills. There are some secret areas that the players can explore them. You can find new items or such things in the secret areas. But it’s a bit hard to find all of them in the complex environments.

It doesn’t matter how you pass the obstacles in GoNNER. There are many ways that you can use them to pass them. It depends on the player’s creativity to pass them fast or slowly. You will face some dangerous creatures on your way too. If you want to be safe, It’s better to stay away from them. Sometimes, You have no choice but facing them in the environments. They may cause your character’s death in GoNNER. But there are other characters who will help you.

This platformer game includes original soundtracks that have made the game much enjoyable. If you’re ready to face death with lots of difficulties, Get GoNNER for free on FreeGamesLand to start your amazing adventures.