Grand Prix 4 is an Action, Simulation, and Racing game for PC published by Infogrames in 2002. a Formula 1 computer game series!

The game is a racing simulation that tries to simulate the driving physics of a Formula 1 car as well as possible, given the technical possibilities. 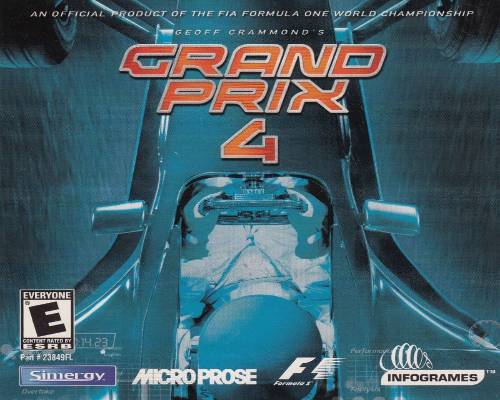 Based on the 2001 Formula One season, GP4 is a huge graphical and physics upgrade from the previous version, Grand Prix 3 which had been released in 2000. Grand Prix 4 featured a heavily revised graphics engine and updated physics including wet weather driving: