Grand Theft Auto III is an Adventure, Open World and Action game for PC published by Rockstar Games in 2002. Control Claude and explore a story!

Bring chaos to the world while trying to get to your dreams and reach whatever you want from this world. 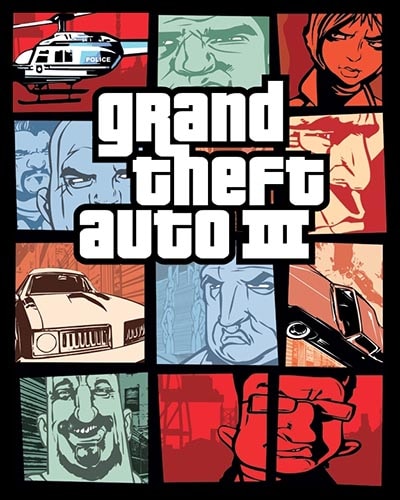 The sprawling crime epic that changed open-world games forever. Welcome to Liberty City. Where it all began. The critically acclaimed blockbuster Grand Theft Auto III brings to life the dark and seedy underworld of Liberty City. With a massive and diverse open world, a wild cast of characters from every walk of life and the freedom to explore at will, the game puts the dark, intriguing and ruthless world of crime at your fingertips. With stellar voice acting, a darkly comic storyline, a stunning soundtrack and revolutionary open-world gameplay, Grand Theft Auto III is the game that defined the open world genre for a generation.

During the game, you will be playing as Claude, a mute protagonist. You get betrayed during a bank robbery by your girlfriend, which ends up with you getting caught by the cops. You escape and you seek out revenge. At first, you will be working for the Mafia, helping them out with a rival family and the Triads. Then, after them betraying you, you start working for the Yakuza (Japanese).

Eventually, you do get revenge on your girlfriend, who is a member of the Colombian Cartel. But to do that, you trigger a war between the Yakuza and Cartel. For comparison, by the end of the game in GTA Vice City, you had only 1 gang that would be hostile towards you, and while in GTA San Andreas, you could completely wipe off all other gangs.