Hero of the Kingdom is a Strategy, Casual and RPG game for PC published by Lonely Troops in 2012. Protect you kingdom by begining an adventure!

Living in peace, some bad guys attacked your lands, and now before anything you must first save your father and then do the same to your kingdom. 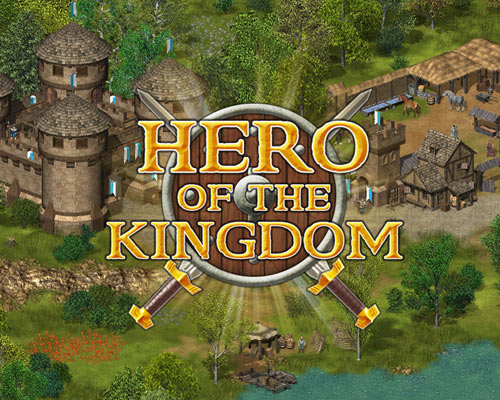 They burnt the farm. They also kidnapped your father. The only thing that you could do was to stifle the fire. Their life is fully changed now. Player should help the boy to reach his goals. You should start from the first. There will be nothing but soil on the fields at Hero of the Kingdom. Collect resources to rebuild the farm from the beginning. Be careful about the bandits too. Because they may attack again to loot your farm. Learn to defend against them with fighting skills.

Each levels will be in an unique area. After finishing the level, Players will travel to the other areas. If you don’t want to die from hunger, go hunting and fishing. Food is one of the most important thing at this kingdom. So try to get it as fast as you can. There are thousands of hidden items at the areas. Players should search carefully to find them. Each item will help you to grow faster in Hero of the Kingdom. You have to increase your speed at managing the farm.

Being skillful would take much time. So try to get to it a little bit faster. Hero of the Kingdom has normal graphics. Because the developers have focused on the gameplay so much. The gameplay is really addictive. If you try this game, You will experience it for more than one hour.

Features of Hero of the Kingdom: