Hurtworld is an Action, Simulation and Adventure game for PC published by Bankroll Studios in 2015. Live in a world full of dangers!

Getting stuck in a desert, you must try to survive the hard times in order to live another day far from your homelands. 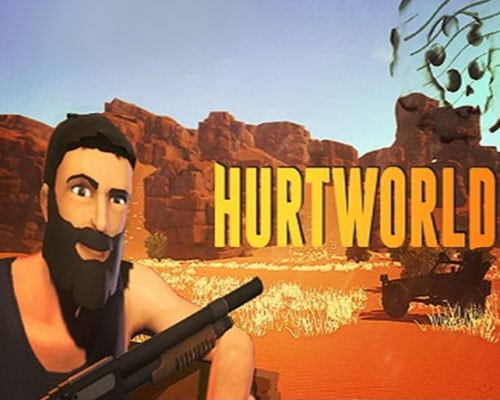 The first important thing is to find food at Hurtworld. There are many ways to collect food such as hunting. You can also collect the fruits which are grown in special places. But if you want to hunt, You need a hunting tool like weapons. Modern weapons like guns won’t be available at first. So, You have to make a weapon by yourself. A spear can be one of the cheapest hunting tools at this game. You only need to find a piece of wood to create an item like this.

If you earn enough scores in hunting, You can get weapons like shotguns on the store. There are other problems like bad weather which may harm your character’s body. If you want to be safe at night, It’s necessary to build a shelter. If you want to travel faster through the environment, You can purchase a car too. But the cars cost so much. The players can buy cars who have earned lots of money from the previous levels. So, You should try to be one of these players!

There is a detailed crafting system at Hurtworld which will amaze you. This system includes thousands of items inside. You can gather these items by yourself or buy them by money. The players can also mix the items to create new items at this part.