Ironcast is a Strategy, Puzzle and RPG game for PC published by Ripstone in 2015. Ready to give the old England a visit with all of its battles?

The enemies are taking the lands of England using their robots. Stand against them and defend your motherlands. 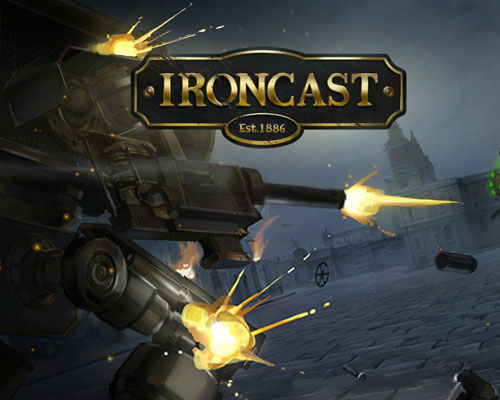 But Ironcast isn’t a fighting game! The players have to match at least three items at the same time to make a movement with your robot. Actually, The robots will fight by themselves. You just have to make your robot stronger than the other one. Each robot can handle some weapons on its hands. If you match the items so fast, Your weapons will become more powerful. When you finish a level at this match-3 game, Some scores get added to your account.

You can go to the store in Ironcast to get better equipment for your robot. This game’s story is based on H.G. Wells and Jules Verne’s books. But the story isn’t so much important for this RPG Strategy game. The gameplay is the most important part of Ironcast which can be enjoyable for the players more than some hours. Your character is a tall 7-meter robot which can be a nightmare for the opponents. You just need to make it much better than the basic one.

It’s good to know that all of the environments are hand-drawn. The background has also been designed like this. The battles will be amazing in this kind of environments which are artworks! The robots are waiting for you to be an honorable commander in the Victorian era.