Jolly Rover is a Casual and Adventure game for PC published by Brawsome in 2010. Step into the world of animals and see a dog pirate!

You are going to play as a dog pirate who has just lost his father and he is doing his best to be as brave as his father. 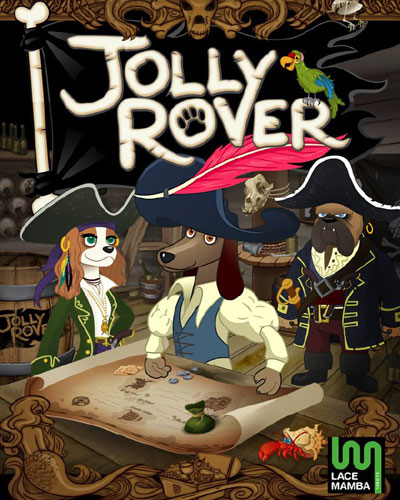 So, He decides to go on a big adventure to find the lost treasures. There is a map for you at this game which can be really helpful. The map doesn’t show so many things to guide you as well. It’s up to you to follow the clues of this map. There are more than twenty five characters which Jolly Rover can meet at this game. There are some characters that don’t want you get to the treasures. That’s why they try to make some obstacles on your way by their abilities.

This game includes three detailed islands. You should start with the first island. When you collected all of the clues at the first island, You will be moved to the next island. Each island has lots of valuable treasures and coins inside. But these treasures are hidden. If you like to find even one of them, You need to search for them carefully. The designers have also made more than sixty animation scenes to make the story much better. So, You can enjoy exploring the environments.

There are some special items like concept arts that can be collected by the players. These items may not be used on your adventure. But you can see them always on your menu.