Kathy Rain is an Adventure and Puzzle game for PC published by Raw Fury in 2016. Lead journalism during the venturing!

The character’s grandfather died in an unknown way. Your mission is to find out what just happened before his death. 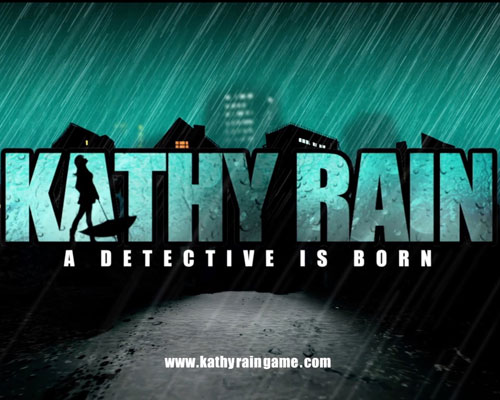 You don’t have so many clues on your hand. But the player has to start by using one of the clues. The only things that you have at first, Are a pack of cigarettes, A Motorcycle, and a notepad. When you find any clue in a unique place at Kathy Rain, You need to go there by your motorcycle as fast as you can. Your grandfather’s name was Joseph Rain. He was looking for something special in his office. No one has discovered what happened that night but they found his dead body tomorrow.

After this accident, Some people became mad too. Now, You have to find all of the reasons for these happenings. Kathy Rain includes more than four thousand dialogues. So, there are lots of characters that you will face during the story. Some of them can help you so much to find new clues. But you need to talk to them wisely. This game also has more than forty unique environments which are in 320×240 resolution. It doesn’t have high graphics but you will enjoy its gameplay so much.

This game’s plot is set in the ’90s. So, You won’t have modern items which you can see nowadays in the real world. If you’re ready to explore lots of challenging puzzles, Try this puzzle adventure game for free.