Mashed is an Racing and Action game for PC published by Strategy First in 2004. Fight the car drivers who are about to begin a race!

These games have no rules and in order to win these games, you must eliminate the other drivers. 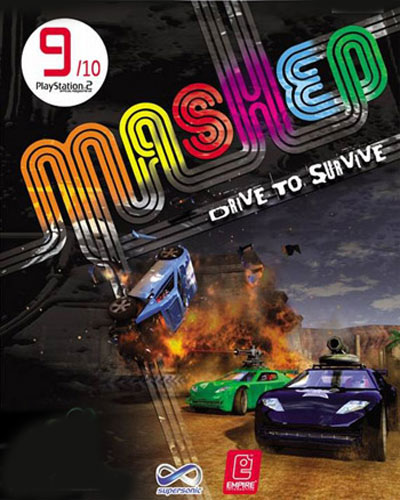 So, You should have the abilities to defeat the racers too. At first, You can choose your car from three types of war machines. Then get some items for this car like explosive bombs. Each player can customize the car with many items. The player has to win the races to get the scores. You will need scores to get any item. None of the items are free at the store. If you want to have the fastest and strongest car between the racers, You should win many titles.

There are some power-ups on the roads. This special items are free for all the players. If you can reach them before the others, It would be yours. The power-ups give limited abilities for your car. Some of them can be found really hard. Because they can make lots of damage to an opponent or many opponents at the same time. Every race has some laps inside. You have to get to the finishing line for specified times to win the race. So, Try to get to it as fast as possible.

This game is inspired by famous titles like Micro Machines, Circuit Breakers and Super Sprint. But we cant say that the developers have copied many things from them. Mashed has many new ideas inside with nice graphics.