Mechanic Infantry is a Platformer and Adventure game for PC published by Slak Games in 2011. In this game, everything is running with big robots!

As humans lost control of the Earth, now you are going to play as a tiny little hero robot to solve this problem. 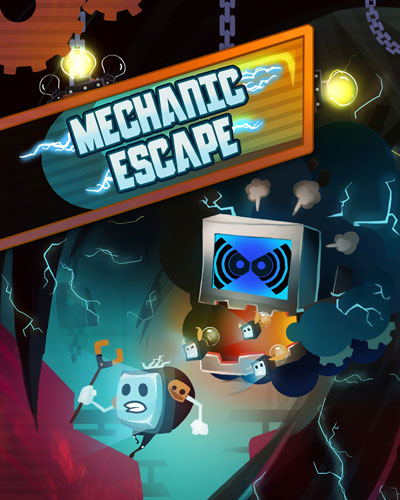 The generators have also lost the power resources. It seems that here isn’t any hope to save the classic machines which are were so much popular. The modern machines want to destroy everything except themselves. Mechanic Infantry includes five big world in total. Each world has lots of challenging levels inside. As you’re a small robot, You can move so fast. There are other abilities that you can use them on your way. Remember that you have to take care of this robot’s life.

When you finish ten levels at Mechanic Infantry, You face a boss fight. Bosses are the most powerful robots who can exterminate your character within a second! Before you face these enemies, It’s better to improve your abilities and skills. Because you can’t defeat them with the same abilities you had before. If you’re ready to rescue the lives of classic machines who are getting destroyed by the modern ones, Don’t waste the time. Get ready for dangerous battles.

It’s good to know that this indie game has got great scores on Indiedb. Its challenging levels will make you amazed for some hours. It has also some hard puzzles inside.