Medieval Defenders is a Strategy game for PC published by 8 floor in 2013. Stand firm against those rushing enemies to not to be defeated!

In order to stop the enemies, you must build your defenses well. Otherwise, they will enter your kingdom. 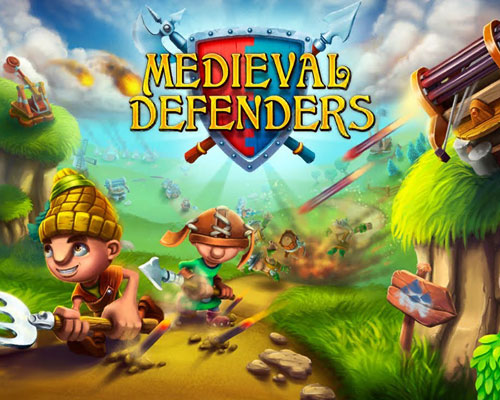 Some tribes of the devils like goblins are the attackers. It’s the medieval ages. So, None of the troops has modern weapons like guns. They will use items like spears to attack. Remember that you can use magical spells too. We can say that this title is a fantasy game with medieval properties. You fill face lots of creatures on the ways. Towers are the most important thing to defend successfully. But you can use your soldiers near these towers to defend better.

There are forty levels in total at Medieval Defenders. Each level can be opened in different difficulty levels. If you are a beginner, Choose the easy level. There are also two other difficulty levels named Normal and Hard. When you become a professional player, You can choose them. Although there are same troops in all of them, Their number will be increased. You should have better tower to defeat them. Your soldiers’ abilities should be upgraded by the coins too.

There are twenty types of towers at Medieval Defenders too. When you get enough coins to get the next one, Purchase it from the store. This tower defense game has been published for the mobile phones too. It’s one of the most enjoyable strategy games ever! If you want to get the items without earning coins, You can use in-app purchases too.