Mythic Wonders The Philosophers Stone is a Casual and Adventure game for PC published by Ballistic Interactive in 2016. Correct the puzzles!

Just woke up from a bad nightmare thinking about your uncle Alfred. Whether he has activated the portal you have found or not! 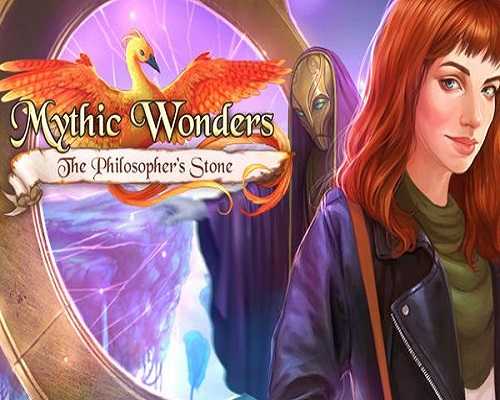 Enter the mythical portal and search for your missing uncle in the new hidden object adventure game! A new hidden object adventure game from the creators of Enigmatis! Emma wakes up from a scary dream: mysterious creature threatens her uncle Alfred. She feels that something bad just happened and it puzzles her… 60 beautiful hand painted locations!

Upon arrival she discovers that Alfred is missing and that the mythical portal, they were both working on, is active. What’s the story? Did her uncle enter the portal and embark on an adventure on his own? Captivating dialogue and immersive soundtrack! Strange world on the other side of a mysterious artifact can be the answer, so the young woman dares to step into the unknown. An adventure in the worlds of five elements has just begun.

48 puzzles and 21 ho scenes that fit the storyline! Emma will take on various mini games, puzzles and beautiful, hand drawn scenes with hidden objects to test her skills. Immersive gameplay with morphing hidden objects! Will Emma prevail over mystery creatures and deadly puzzles? Will she put her detective hat on to find her uncle and the secret Philosopher’s Stone from her dream? See the realm of Nether in the Collector’s Edition! The additional content includes a bonus chapter set in a realm of Nether, morphing hidden objects in extra HOs as well as beautifully done immersive soundtrack and hand drawn concept art.