Nation Red is an Arcade, Action and Survival Horror game for PC published by DiezelPower in 2009. The City is infected to a special virus!

Play as survivors who are trying to defeat the zombies infected to a virus and making others zombies. 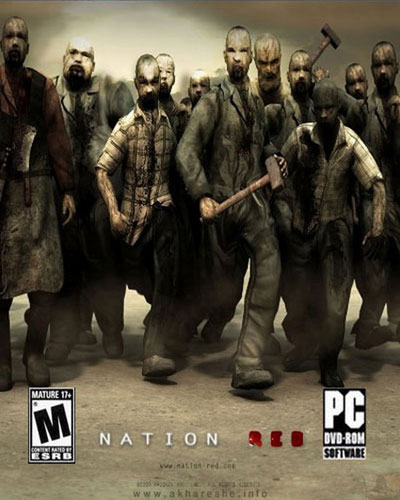 Before you do anything, You should get a weapon on the store. Because you can’t face the zombies without your weapon. When you got one, You need to learn how to control the character. It’s so simple. You will learn it within a minute. You should start removing the zombies in an environment. If you finished killing all of these creatures in an unique environment, You will be moved to the next one. Remember that the number of zombies will get increased in the next environments.

There are more than one hundred perks at Nation Red that can be earned. When you get a new perk, You get new ability. These abilities can be really helpful in defeating the zombies in the towns. This Action game supports Co-op mode too. You can play with a friend in both offline mode and online mode. In that case, You can finish the missions easily than playing alone. The most exciting part of Nation Red is boss zombies which are really strong.

You should get prepared as well before you meet them. You can also customize your character with over one hundred items on the store. The more zombies you kill in the environments, The greater items you get at Nation Red.