Necromancer Returns is a Strategy, Adventure and RPG game for PC published by Greenolor Studio in 2019. A casual turn-based fantasy strategy game!

A ruby ​​was found in the fairy kingdom. Having split it, people released the universal evil, which turns the inhabitants of the kingdom into the living dead. 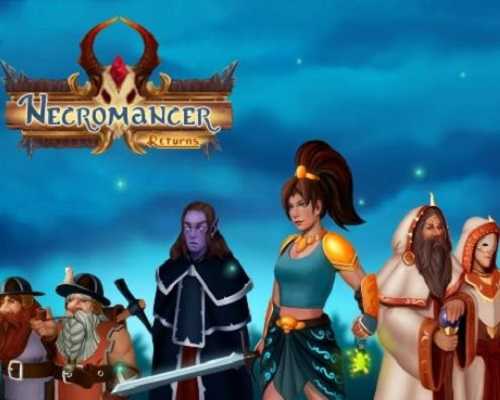 Necromancer Returns is a turn-based strategy game in which you assemble an army and fight hordes of enemies. Peace in a fantasy kingdom has been shattered by the return of the Necromancer – a creature of darkness that wishes to enslave all living beings. Assemble the best warriors from all over the kingdom and achieve victory in an epic conflict. In the Necromancer Returns world, you travel alongside the princess of the kingdom, exploring new lands and fighting a variety of opponents, some of which may decide to join your army. Every creature possesses special skills, opening up opportunities for various battle tactics.

While doing your quest, on the way you meet and recruit snarky tigermen, battlethirsy minotaurs who are inept at mathematics and much more. The majority of the game is spent in battle, which is a troop on grid based affair ala heroes of might and magic, but you are in no danger of losing troops as they are recovered at the end of fights for a penalty to your earnings which urges you to play more strategically to save up faster.

The princess levels up as you play and learn new spells and skills which aid your journey much like games like kings bounty or braveland. The game had a surprising amount of humor and banter thrown in for good measure, while it didnt make me laugh it did make me smile through the whole of my first playthrough.