Nightmare Reaper is an Action game for PC published by Blazing Bit Games in 2019. Get a weapon for yourself and face them!

A classic first-person shooter game wherer you are going to confront various enemies which are created thightly. 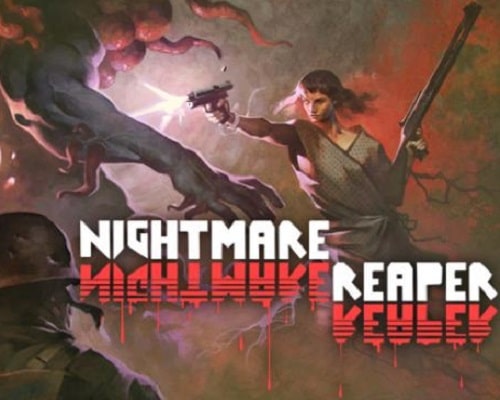 Nightmare Reaper is a dark and violent meld of retro and modern action games, mainly inspired by the classic 2.5D first person shooters of the 90s like Doom, Duke Nukem 3D, Blood, Rise of the Triad and Wolfenstein 3D.

To wreck the growing roster of enemies you pick up and use a wide variety of weapons throughout your play time. These range from simple melee weapons, rifles, or shotguns to a huge range of explosives and magic weapons with their own little quirks and advantages. Some of my personal favourites from the list include the chainsaw with a grappeling hook, a throwable spiked manually detonated grenade, a spell book that shoots bolts of lightning and spawns balls of lighting that shock everything around them as well as an explosive harpoon launcher.

To keep things from getting too complicated you only have 3 ammo pools, light, heavy, and magic. Each weapon depending on the type eats more or less ammo from these pools per shot. A weapon can also have different rarities which can give simple buffs like more fire rate and crit chance or do exciting things like do elemental damage, pierce or leech life.