One Late Night is an Adventure and Survival Horror game for PC published by Black Curtain Studio in 2012. Get along with a man!

Help out a man who is staying in his office for one night to work, but he hears unusual voices after then. 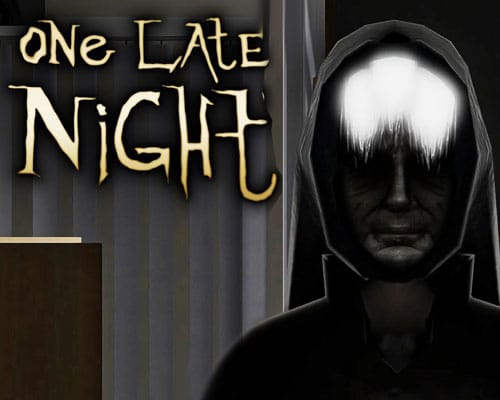 At first, you go to make some coffee to stay awake. Then you come to take a nap for a short time. When you wake up, Those sounds came from the other rooms. The man goes to make another coffee for the second time. But when you come back, A sentence appears on the computer screen. “I can see you”. This makes you be worried in One Late Night. All of the thing around means that there is another person who wants to make you suffer. The player should stay cool at this condition.

You will only have a flashlight to handle the situations. Now, The player should search for the clues in the rooms of the office. The souls may appear suddenly on the screen. In that case, Staying calm would be great to survive. Otherwise, You can’t control the character to get out of this office. Most of the doors will be locked. So, You won’t be able to enter some rooms or leave the area. The players should find the reasons why this person wants to kill you.

There are many objectives that are unsolved. You need to solve all of them one by one. So, the reason will be clear. Remember that the flashlight is on the cellphone. If its battery gets low, you have to charge it. There are limited numbers of charging stands for the cellphone in the office.

Features of One Late Night: