Orbital Bullet The 360 Rogue lite is an Action, Platformer, and Adventure game for PC published by Assemble Entertainment, WhisperGames, Mayflower Entertainment in 2021.

This is a fast-paced roguelite platform jumping shooting game. The game innovatively puts the battle scene on the side of a cylinder, which brings a lot of novel and interesting and strategic game content. 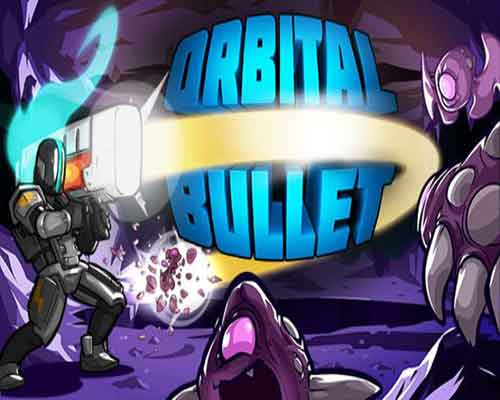 This game has all the gameplay methods of Roguelite games, such as skill trees, various weapons, random BUFF, BOSS battles, etc. If you have played games like “Dead Cell“, then you will certainly not be unfamiliar with the gameplay of this game. Regardless of the gameplay mentioned above, the most unique part of the game is probably the circular map.

Although the screen of the game is pixelated, the map is made into a pseudo-3D circular map. The map is also divided into an inner ring and an outer ring, requiring players to change back and forth through jumping points. Of course, if you don’t mention the map, it will be no different from a normal Roguelite action game.

Weapons are basically submachine guns, bazookas, rifles, and pistols. They are nothing more than sci-fi styles. However, pixel style, if you don’t look closely, you won’t see much difference.