Pirates Pirates is an Adventure, Strategy, and Casual game for PC published by Amrita Studio in 2020. When you wake up and become the captain of a pirate ship!

This is a survival adventure game with pirates as the theme. Players will play as a pirate. By sliding the cards left and right to determine the plot direction and balance the four values, too low or too high will affect your Captain status. 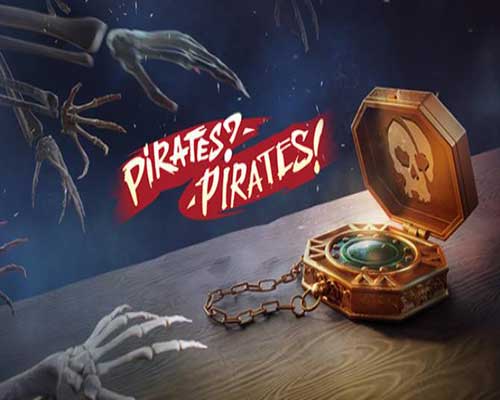 You are a humble pirate captain. You should always pay attention to the mood of the crew, the condition of the ship and your personal reputation. Of course, money is also an important factor in weighing whether the game can continue. Things must be reversed, and the lack of characters can summarize the game’s survival mechanism. You have been sailing in the vast sea until the ghost of the legendary pirate Briggs has found you … You need to collect treasures and hold a mysterious ritual to help Briggs remove the curse. In return, Briggs gave you the secret treasure he once dominated the waters: a wishing map showing the location of the treasure and the time can be manipulated, returning to the past time compass, bringing Briggs’ skeleton parrot, and set sail!
The game is a work imitating” Kingdom “, the gameplay is almost the same, the difference between the two is only the theme and the content of the story, copying the advantages of” Kingdom “, but also copying the same shortcomings, the development of strong random stories But it is full of choices that players can hardly judge the merits. There are also four attributes that need to be stabilized, but each choice will cause the attribute to increase or decrease. It is up to the player to accumulate experience, rather than having a clear indication.