Pixel Cup Soccer Ultimate Edition is an Action, Adventure, and Sports game for PC published by BATOVI Games Studio in 2021.

Simple operation (2 buttons + move key) A simple soccer game in which pixel players run around on a slimy soccer court. 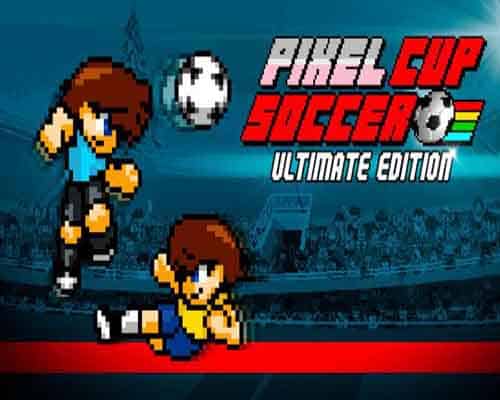 And we’re back to this game, we mean, this one is new, but it’s at the same time the old Pixel Cup Soccer 17, only now with a new name promising to be better than the old one. Did you find it confusing? Me either! But “given horse you don’t look at the teeth”, we explain. Version 17 was in early access for a long time, and worst of all, without updates. we didn’t even recommend the game because of the neglect, but out of nowhere, the developers released this new game, with free copies for those who bought the old one.
we didn’t notice many differences, the game is very simple with the use of only 2 buttons, one for the touch that you change the type by the time you press the button and the other for the kick within the same logic, when in the marking a button changes the player you control and another one gives carts.
we like the idea of ​​a simple soccer game, this one has potential, we hope the developers improve the game mechanics, and that it gains a little cadence to enhance the ball’s domain. Now a multiplayer would be perfect!