Poi is an Action, Platformer and Adventure game for PC published by PolyKid in 2017. Become a great adventurer!

A great journey up ahead of a young boy and a young girl who are about to begin an enormous adventure around the world. 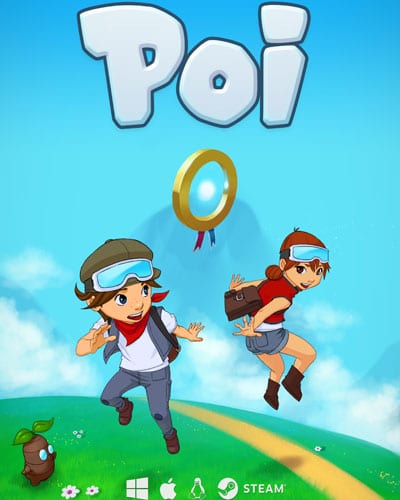 They want to collect more than one hundred medallions that are hidden in this world. Poi is a 3D platformer featuring two kids on a grand adventure to unravel the mysteries of the Milky Way Globe. Explore uncharted lands, compete in challenge levels, meet quirky characters and defeat comical creatures on a journey to become a Master Explorer.

This game is a great clone of Mario 64. There is little in terms of story. You’re just there on a flying ship visiting these unique worlds and collecting mostly medallions. Once you collect enough medallions you unlock new areas in which you can collect some more medallions. You can even collect special Artifacts or some cogs for certain NPCs. It’s mostly a Unique collecting kind of stuff for certain NPCs.

Most of the areas of the level are accessible at all times the only difference is the things you need to do to fetch a selected medallion. Each world has 7 medallions (like in Super Mario 64) placed around the world though you can only collect one at a time. Each medallion will put you at the starting location of the level so it’s impossible to do certain things along the way.