Sengoku Neet is a Simulation, RPG and Adventure game for PC published by JaxyCreate in 2019. Various hot ladies!

This is a strategy game where you have to act with tactics to see each of these female’s H-scenes. 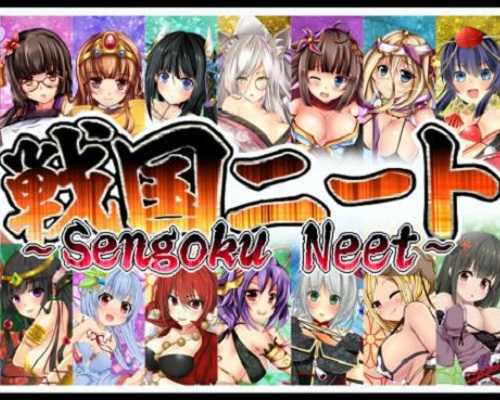 Strategy Conquest Simulation. It’s a turbulent time: the Sengoku period. Many lords battle against each other, aiming to be Conqueror of the World. Once, there lived a feudal lord who did nothing but eat and sleep. Then, his servant inspired him to arise and become a ruler! Chaotic battles are about to begin! “Strategy Conquest Simulation EROGE. Many service scenes included. It’s fairly intuitive. The strategic part is not complicated. Anyone can easily enjoy this game. Japan Sengoku World is in your hands!”

Sengoku Neet. The main features of the game are (1) easy to understand, (2) fun and (3) hot services. The game system is closer to a parody of some famous three kingdom games, but this game is much simpler. The basic flow of the game is as follows. “Search (Character Discovery etc.) -> National Power Up -> Strengthen Characters -> Child Making with Lots of Princess(Hime姫) → Battle → Territorial Conquest → Repeat This Process Until Japan Sengoku World Unification!”

There are quite a lot of female characters ready. Instead, because of the variety of characters, there are not many H-scenes for each heroine. Nevertheless, there will be characters that suit your taste. In addition, the characters’ voices are supported. The depth of the game is somewhat lacking, but the game itself is suitable for casual enjoyment.