Seven Kingdoms 2 HD is a Strategy and Simulation game for PC published by Enlight Software Limited in 2015. Build an empire! 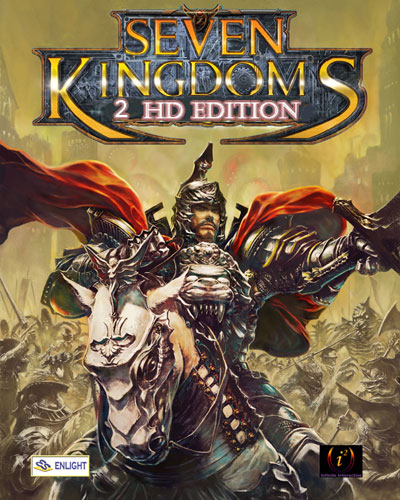 First of all, Players need to build a palace. So the king can stay in it. Increase your popularity by making jobs. None of your people should be hungry. Save food at the granaries. Share them with people at the right times. You have to build houses for them too. They want somewhere to live and sleep at night. Gather all the facilities for these people. In total, We can say that they are the most important points in your kingdom. Without them, You will not be able to turn into a great power in the area.

Training an army is needed to defend or attack against enemies. The wars are not modern. So you have to use classic weapons like sword at the army. For earning money and coins, Players should collect resources like gold. Develop your agriculture and animal husbandry too. These can help your economy rise between the other kingdoms. Recruit the most famous businessmen off to make the economy much better. They can help you very well in this field.

So, Do whatever you can to increase the level of the kingdom. Win wars and prevent attackers. This is an HD version of this game. The original version has released in 1999. After passing 16 years from this release date, Developers decided to make a remastered version with better quality.